Years of farming experience would provide anyone with workplace skills that would qualify them for many occupations. However, in a credential driven workforce, a lack of certifications including a high school diploma or GED, make it virtually impossible for anyone to find employment. This was true for Thomas “Walt” W. who had spent the past three years of his employment history working as a farm foreman for Case Country Road Farms in Glade Springs Virginia. When Walt was denied unemployment compensation after his September 2014 layoff because his former employer was not covered under Virginia compensation laws, Walt knew he would need to act fast to keep his bills paid and the lights on.

Walt visited Tri County Driving Academy to inquire about truck driver training and financial aid. Unfortunately, because he did not have a high school diploma or GED, he was denied federal student aid to fund the cost of the training (Walt had been referred to adult education and was hopeful to obtain a GED at age 46, but the 2014 GED changes made it very difficult). Staff at Tri-County recommended that Walt contact staff at People Incorporated to inquire about the dislocated worker program. Upon completing the eligibility and intake process, including career interest and aptitude testing, WIA Staff told Walt what he already knew. His experience operating equipment and trucks on the farm would transfer wonderfully into a job driving a tractor trailer!

Walt completed four weeks of training and obtained a Class A Commercial Drivers License on the first try (not bad for a high school dropout). Even though Walt misses his family, he enjoys his new job and loves being on the road. “I just want to say thank you for all of your help. Without the assistance with tuition and mileage, I would not have been able to get my CDL license.”

Walt immediately obtained employment at Western Express and has recently accepted an even better opportunity at TMC Transport. He will earn $14.50 per hour which is a 28% increase from his layoff wage. Walt will enjoy fringe benefits and looks forward to positive progression in his career path. 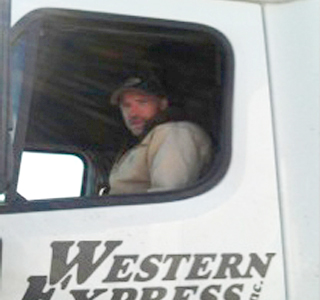 Projects in NRV on List for Potential Federal Funding